“THANK YOU from the bottom of my heart!” | Marie Anne 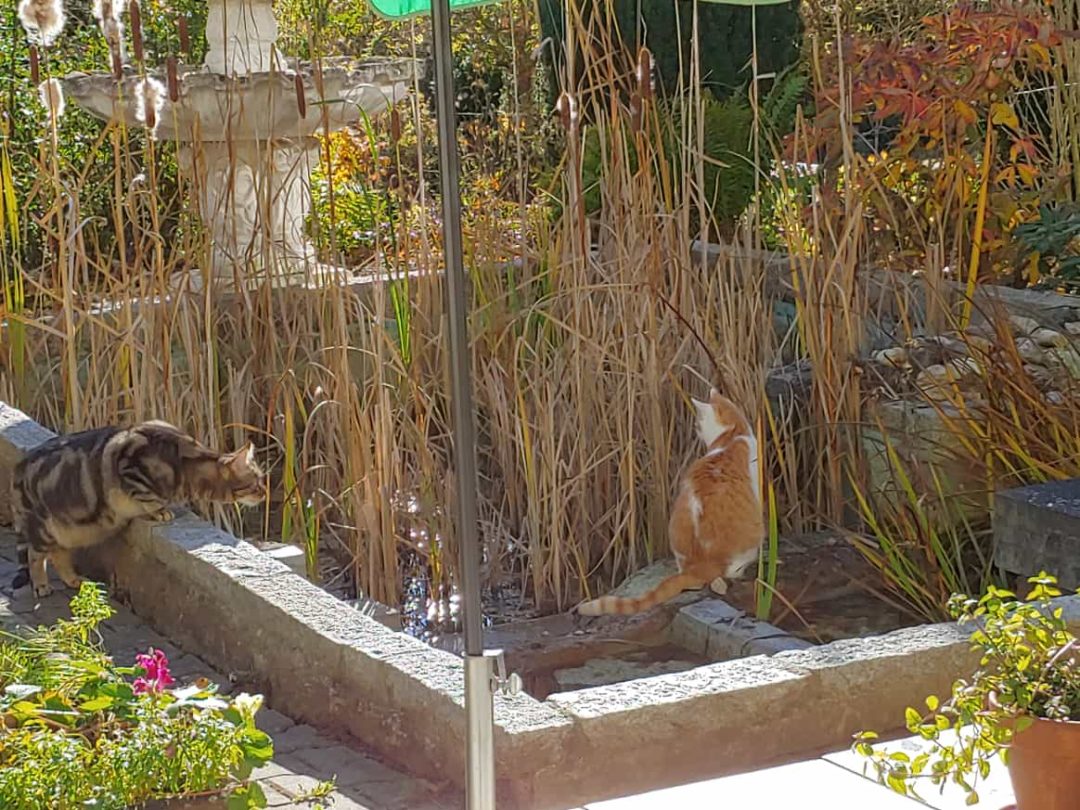 I am very grateful and happy to receive this beautiful message from Marie Anne with her two cats. I worked with her and her cats for a couple of weeks on auric and karma clearing, and she also received an ultimate soul reading and clearing when we started the trauma clearing work.

Marie Anne’s life started with trauma right away, as her mother didn’t want her because her father had disappeared. Her mother’s emotions and challenges when she was pregnant went directly into her body/mind/spirit system before she was even born. That’s how prenatal and also birth trauma is created. Her childhood was not easier. She always felt unwanted, unloved, and had a hard time developing healthy self-esteem and loving herself. Abandonment and rejection were already issues we addressed during the heart-chakra clearing work and on a karmic level. However, the trauma was still there, sitting deep at the cellular and DNA levels. Due to her trauma, she felt the need to please everybody while she didn’t pay attention to herself in all areas of her life.

Now, her cats come into play. They came to Marie Anne for a reason, and the reason was that they both shared similar traumas and mirrored them back to Marie Anne. She found her cat Felix six-weeks-old, abandoned in the fields. She took him home and cared for him ever since. When I performed the prenatal trauma clearing for Felix, it was as heavy as it was for his human. And the same happened with Benni, who joined the family later. He was also abandoned as a kitten and already rehomed a few times due to his “behavioral challenges.” No wonder. Benni was also traumatized, he felt unwanted all the time, abandoned and rejected, and he didn’t even understand what he did “wrong.” Same patterns. And both cats were not socialized as cats as their feline mums were absent, as Marie Anne’s father was not there. Benni became the trigger for Marie Anne to begin the trauma clearing work with me for all the three together.

“About two years ago, I found a 6-week-old, very sick little tomcat, abandoned by his mother, and couldn’t give him up anymore. Since he grew up without a mom and siblings, it became difficult. Biting, scratching, fighting back, distance, and fear were challenges that we managed to handle OK over two years. Then the second tomcat came about two years old with similar problems. As nobody wanted him, and I saw him, I knew he had to join us. But all three of us didn’t really get together.

Then I met Tamara looking for help, and the three of us started our journey with her help. First with an auric clearing, then with karma clearing and then, with a trauma clearing program for all three of us. What I found fascinating, in these weeks when I had my appointments with Tamara, both cats came, no matter where they were, lay down next to me, and were very calm and relaxed until the end of the energy clearing work!

Tamara was always very present, mindful, listened patiently, and accompanied us very sensitively. During these weeks, I have learned even more to understand my two boys, myself, and the connections between us. We have become a lot closer; the two of them allowed trust, are more relaxed, more peaceful, and more at rest in themselves. I am very grateful to Tamara for this and would like to see many people and their animal companions find their way to her. THANK YOU from the bottom of my heart.”

Learn more about why you cannot talk a trauma away and about my trauma clearing services.

← Case Study Elani and Katrin “Wow!!! It worked, he stopped peeing on my bed!” “So much kindness, expertise and empathy” | Dorothea, Austria →