“I’m so happy – he’s my Felix again!” Marianne and Felix 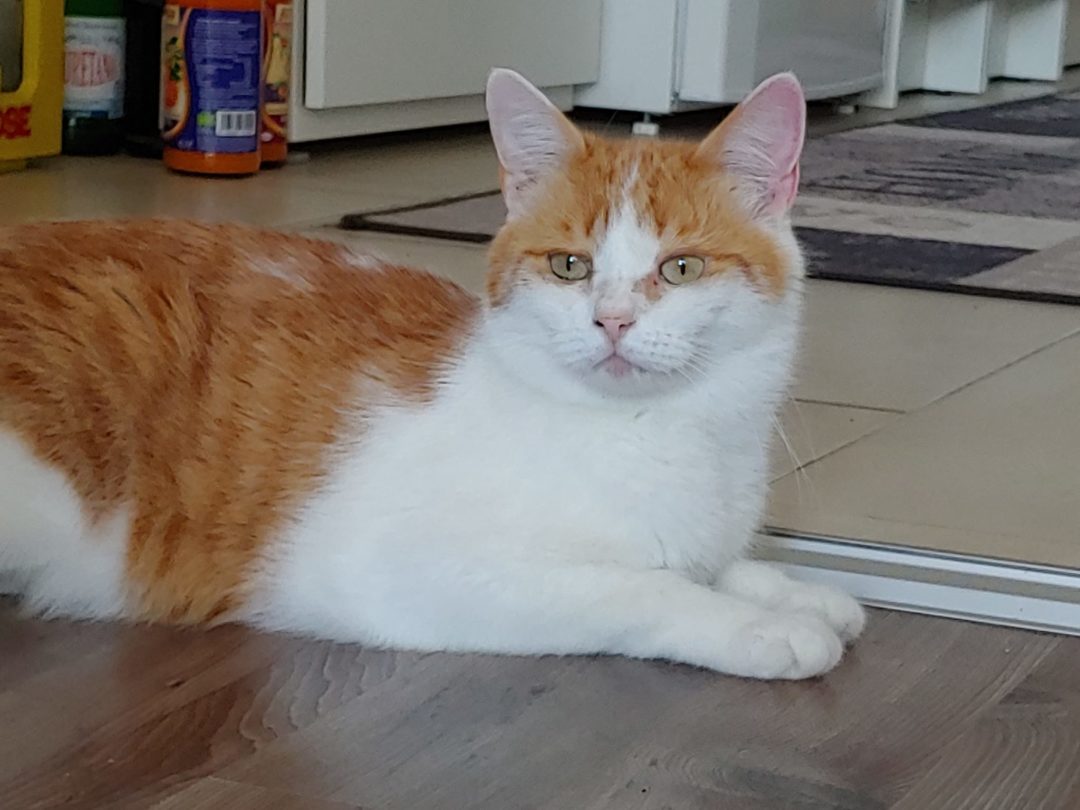 Tomcat Felix was rescued by his lovely human guardian Marianne. She found the little guy alone in the field, only a few weeks old. The two have developed a very close relationship ever since. After moving to another place last year, Felix has now been allowed to become an outdoor cat. He enjoys discovering the gardens in the neighborhood. However, the neighbor’s cat is the boss. Felix, who unfortunately could not be equipped with cat wisdom and skills from his mother, has not learned all the skills he would need today.

Felix recently found himself threatened by the neighbor’s cat again. What does he do? Driven by fear and in alert mode, he jumped up a big tree. Very far up. Well, if he came up, he’ll be able to come down!? No, not in this case. The young tomcat hasn’t learned how to climb down from a tree, as he was abandoned as a tiny kitten.

All the efforts of Marianne and other dedicated helpers failed. Felix was in a state of shock and went into freeze mode. He had to stay in the tree for 17 hours until he could finally be rescued with the help of the fire brigade.

At first, everyone was very relieved. However, the incident has created severe trauma in Felix. And he got a cold as well. Marianne contacted me a few days later, as he didn’t eat and remained in a state of shock.

A clear case for trauma clearing. A very urgent issue. I connected with Felix that same evening and immediately felt his shock. He felt paralyzed like he wasn’t really in his body at all. It is a classic trauma symptom that often occurs with severe trauma. It’s called “depersonalization” in trauma research.

I performed a comprehensive trauma clearing for him. And the very next day, Marianne reported fantastic developments:

He’s finally out of the state of shock, he’s finally eaten well again and just made himself comfortable on the sofa.

He feels good again, just like my Felix! THANK YOU!!!

Even Felix’s vet, who was treating his cold with immune-boosting supplements and had last seen him before his trauma clearing session, was amazed at Felix’s tremendous transformation in one day. Yes, trauma clearing works!

Felix got another trauma clearing session a week later. I wanted to make sure we had cleared everything properly (there were still a few minor blockages to be cleared). He felt balanced and in harmony, “back” in his body. And he fully restored his loving personality. The trauma clearing has released the trauma triggers and calmed his central nervous system, and the sensors have been recalibrated back to normal.

I am so happy and grateful, dear Tamara! He has completely recovered. He enjoys his life again!

Exactly how it should be. Only a life without trauma can be a life of joy.

Check out my trauma clearing services