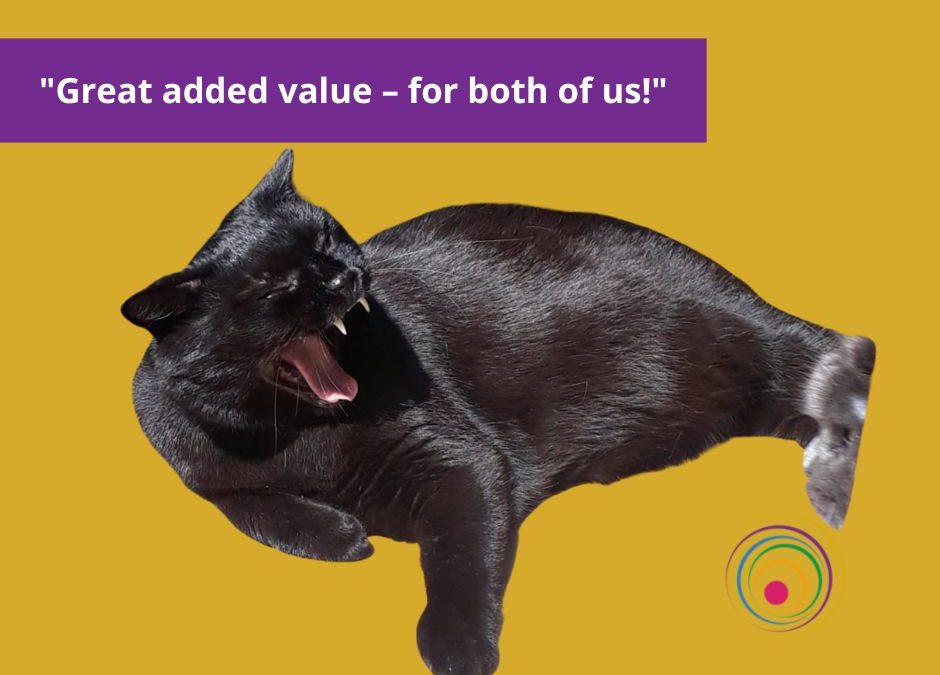 “Great added value for both of us” – Corinne and Hermann

I am pleased about Corinne’s beautiful feedback. I am grateful that I have been able to accompany Corinne and her cats for several years energetically. When Corinne heard about the new Cat Codes and that I was offering a unique program for feline pancreatitis, she was immediately enthusiastic about the idea of being able to help her dear cat, Hermann.

Read how Corinne reviews my work with Hermann and herself!

Tamara has already been able to help me and my cat Hermann several times. But I am particularly grateful to her for the help he gave me with the pancreas problem. He has chronic pancreatitis, which has also become acute. One feels quite helpless with this disease, since in principle there are only a few external factors that can be influenced. Tamara picked me and my Hermann up with the feline pancreatitis cat code clearing where we felt we couldn’t get any further.

Hermann and I are very closely connected, he immediately takes on my fears and mirrors me. If I’m relaxed, he’s relaxed. If I’m worried, he’s worried too and that’s where the vicious circle begins, because I’m worried that my cat will behave “differently”. I couldn’t get out of this spiral on my own.

Tamara first had to clear Hermann’s fears and worries – understandable, because I obviously burdened him with it without really noticing it. After she explained to me that she would clear my fears first, I got it and I approach things in a completely different way. I have to say that my lovely Hermann has no physical symptoms. I wouldn’t have noticed the chronic pancreatitis if the blood values ​​hadn’t been abnormal or the pancreas hadn’t shown to be inflamed on the ultrasound. His well-being is therefore not yet linked to the findings.

So for me it was the right time to do the pancreatitis and aura clearing with him. During the process, I noticed that he became more eager to eat, meowed very loudly again when the food was handed out and also loudly demanded his fixed feeding times when I wasn’t looking at the clock. In general, he has gained a lot in self-confidence and has become happier. Normally, Hermann is more of the “brooding” type and very suspicious. He left this attitude behind a few weeks ago and is just happy and bright. I’m very excited to see what the next ultrasound appointment with him will reveal.

In any case, I will regularly book aura clearings for Hermann in the future, so that no more fear can build up in him if I accidentally and unconsciously reflect something on him again. Working with Tamara is simply fun, you feel that you are in good hands and well looked after. For me, your work has a great added value – not only for my four-legged friends, but also for myself. 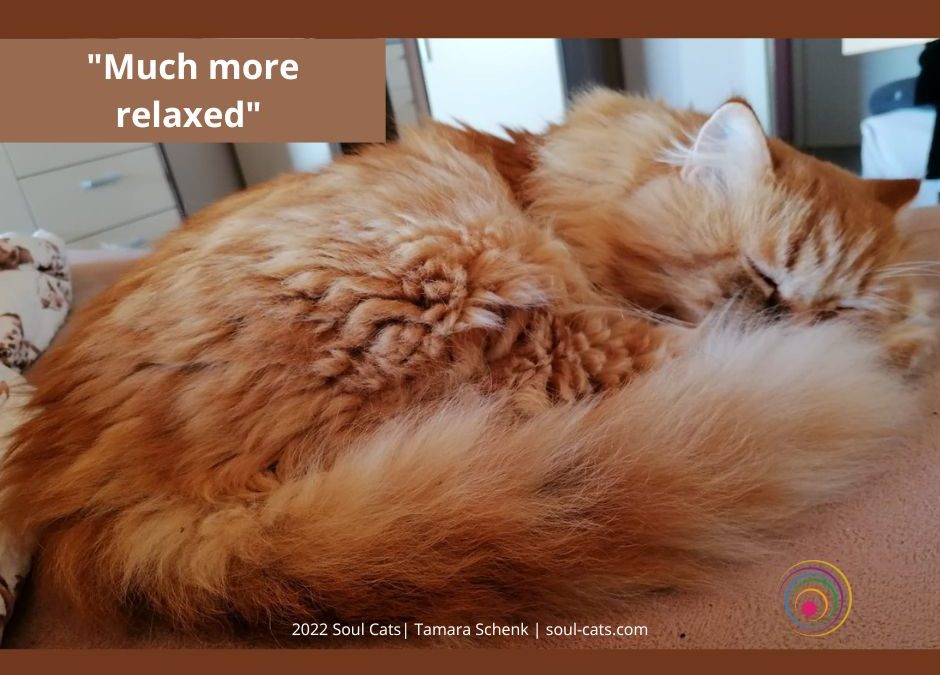 “Much more relaxed” | Saskia with Lasse and Nils

A few weeks ago, Saskia asked me for help. It was about two rescued tomcats of her cat group, Nils and Lasse. Nils, who was carrying a lot of trauma around, didn’t think it was a good idea at all that Lasse moved in after the death of another member of the cat group. Nils stayed outside longer, making it clear that he didn’t like it at all. And Lasse was still in his onboarding phase, and he, too, had already experienced traumatic events. Both got more and more into fights. Lasse and Nils received an Advanced Aura Clearing first and individual trauma-clearing sessions tailored for them.

I am so happy about Saskia’s beautiful feedback on Lasse’s and Nils’ development!

Today I have to write to you about Lasse. Since you worked with him, he has changed. He has become very cuddly. Overall, he is much calmer and more relaxed. He also radiates it. Somehow I think he feels at home more and more every day. I think he feels very comfortable here because he can be who he is here. Lasse likes his home 😃 and our senior cat; both always nudge each other now. I feel like he’s thriving, and I admire his fluffy body every day 🥰

I think we all make him happy 😃 and he is happy, too 🐈
Thank you so much for your fantastic work🥰 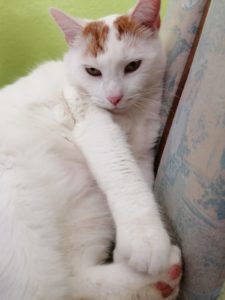 Nils receives additional trauma-clearing sessions, as he experienced much more trauma than Lasse. And, also Nils makes a lot of progress:

Nils is slowly “melting.” In the meantime, he is approaching his bowl even when Lasse is near bye. He needs a moment or two, but he does it and eats next to him. And he comes again every day to me for his cuddles. 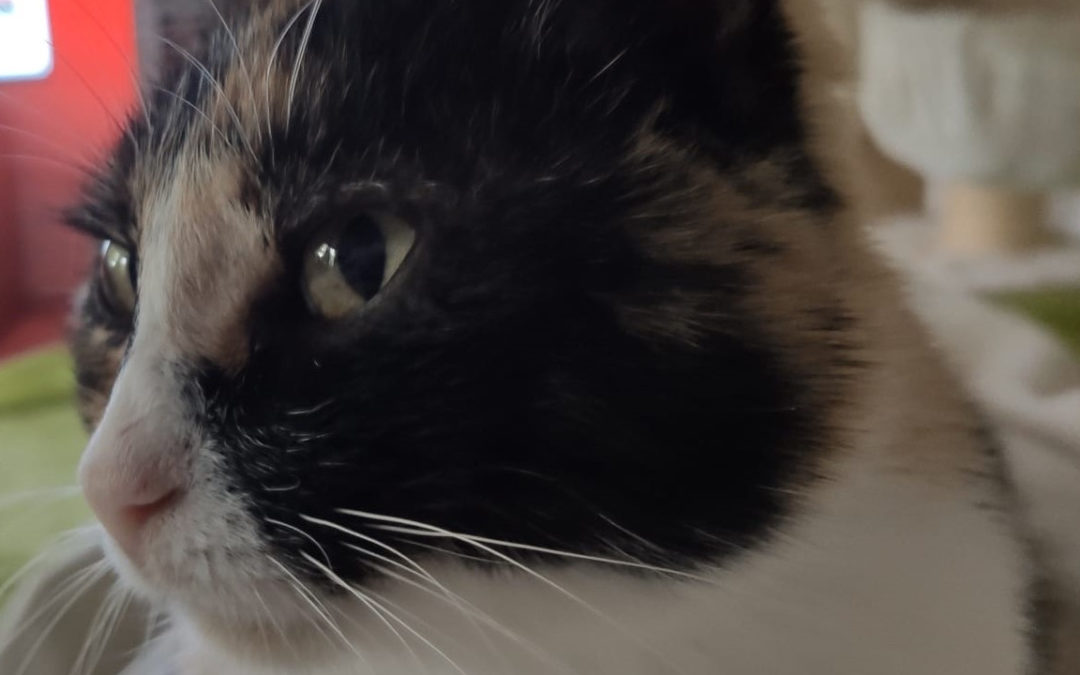 “Much more relaxed” | Daniela with Petty and Teddy

“Much more relaxed“: I am happy and grateful to support Daniela and her three cats for quite a while. It’s always fascinating to see what a huge impact a single Advanced Auric Clearing can have.

This time, Petty, a beautiful rescued cat, became aggressive, and it looked like “out of the blue:” As Daniela recognized right away, her past painful experiences were triggered through certain situations or movements that literally pushed her buttons. And Teddy, a beautiful long-hair cat, had to process a stressful vet visit. After the clearing, she is very relaxed and even accepts to sit on her catdad’s lap. 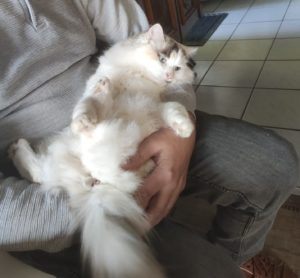 Petty is much more relaxed. She is also much more active and enjoys all her activities much more. Last night, she didn’t sleep with us in the bedroom, which is unusual. Overall, a beautiful evolution. I will keep you posted.

And look at this: After Teddy’s Advanced Auric Clearing, we could lift her up without any problems and even brush her. That has always been an issue, and now she is meek as a lamb.” 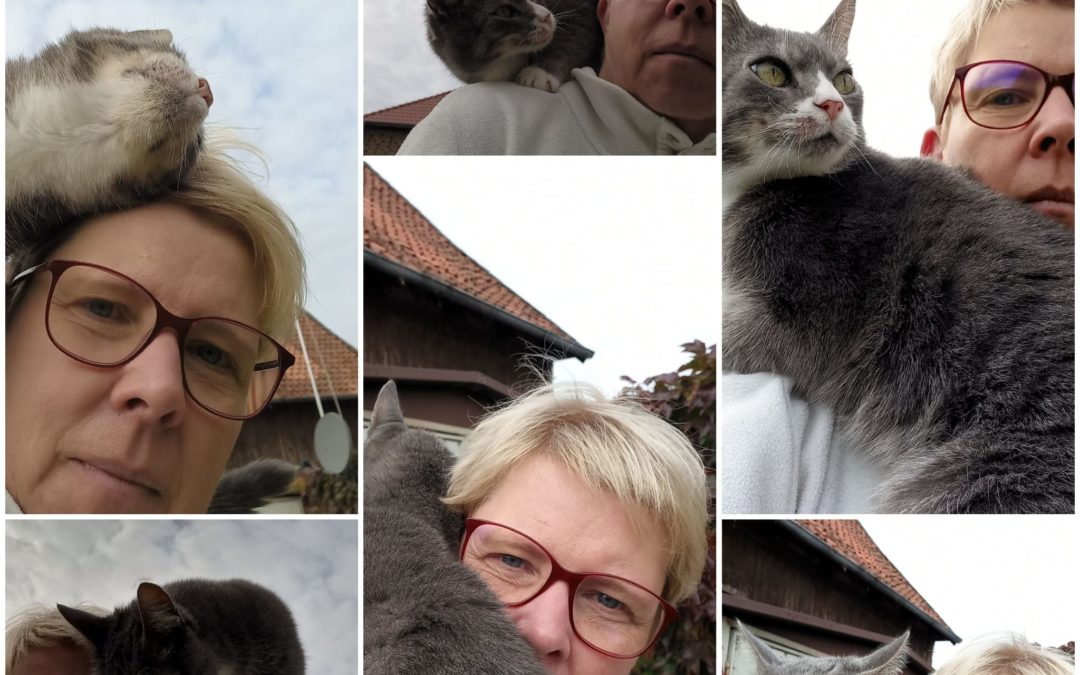